With the relocation of its Indianapolis headquarters, Cripe provided a workplace that captures the firm’s strong brand and positions it for continued success. 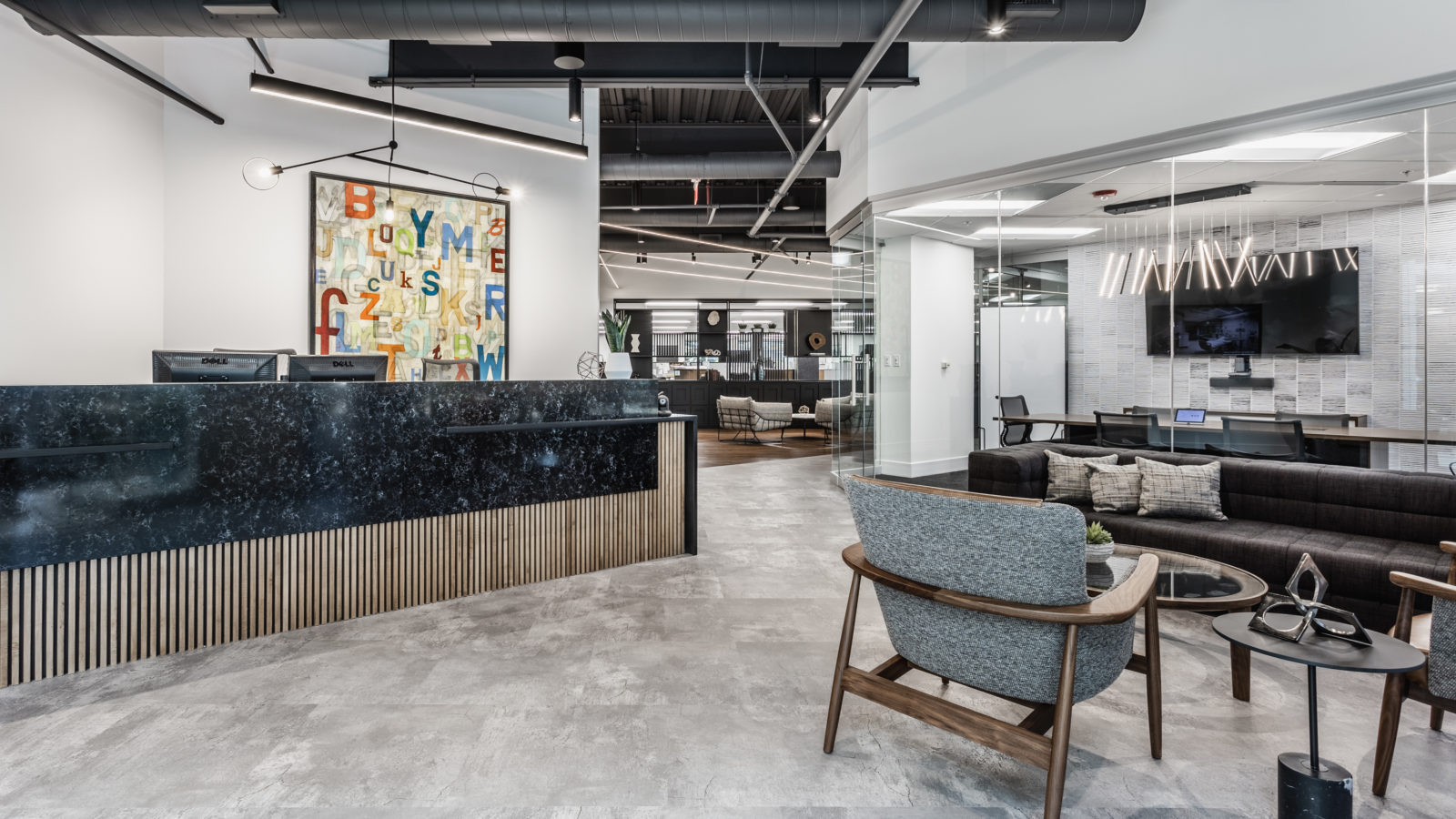 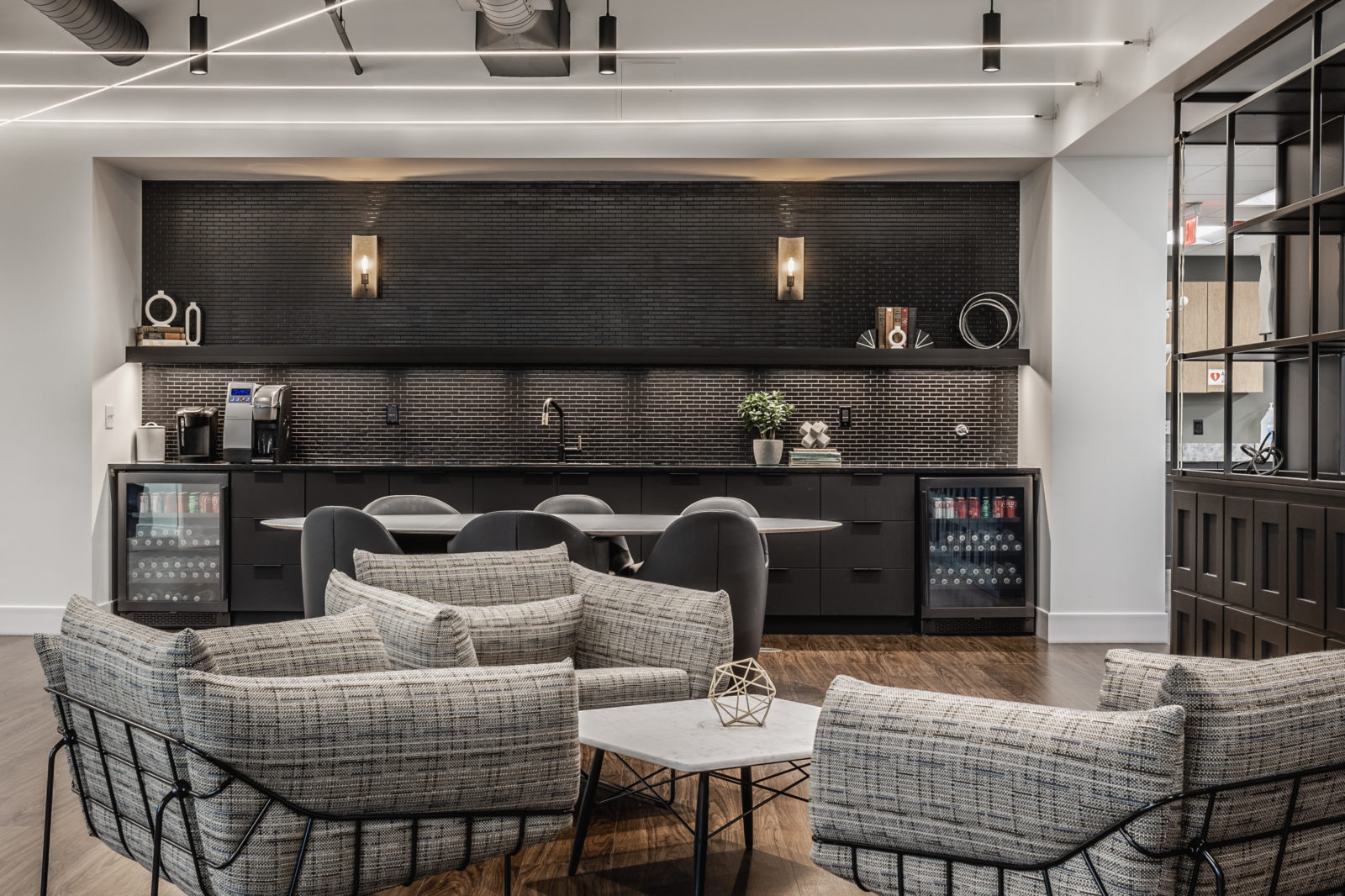 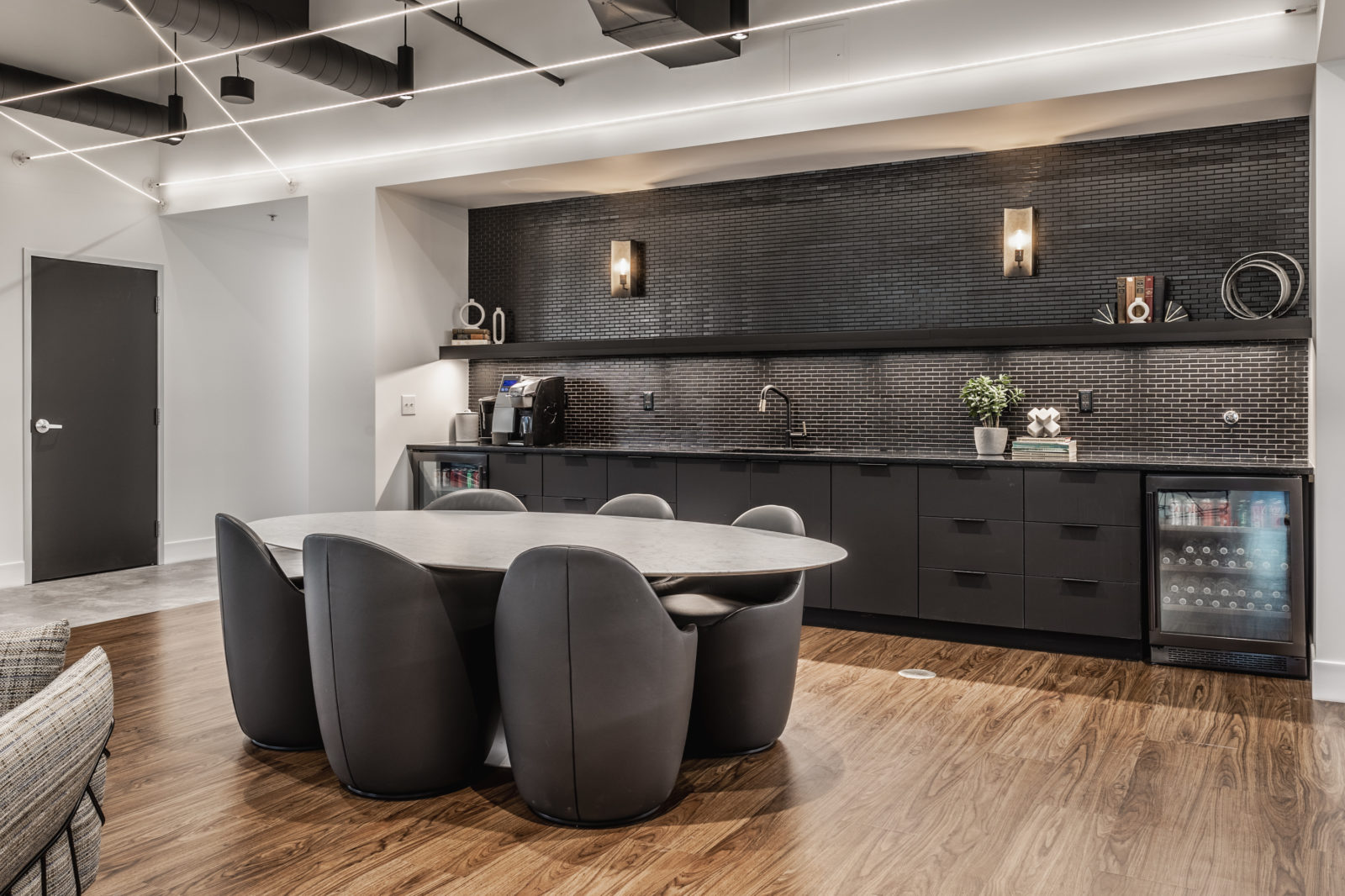 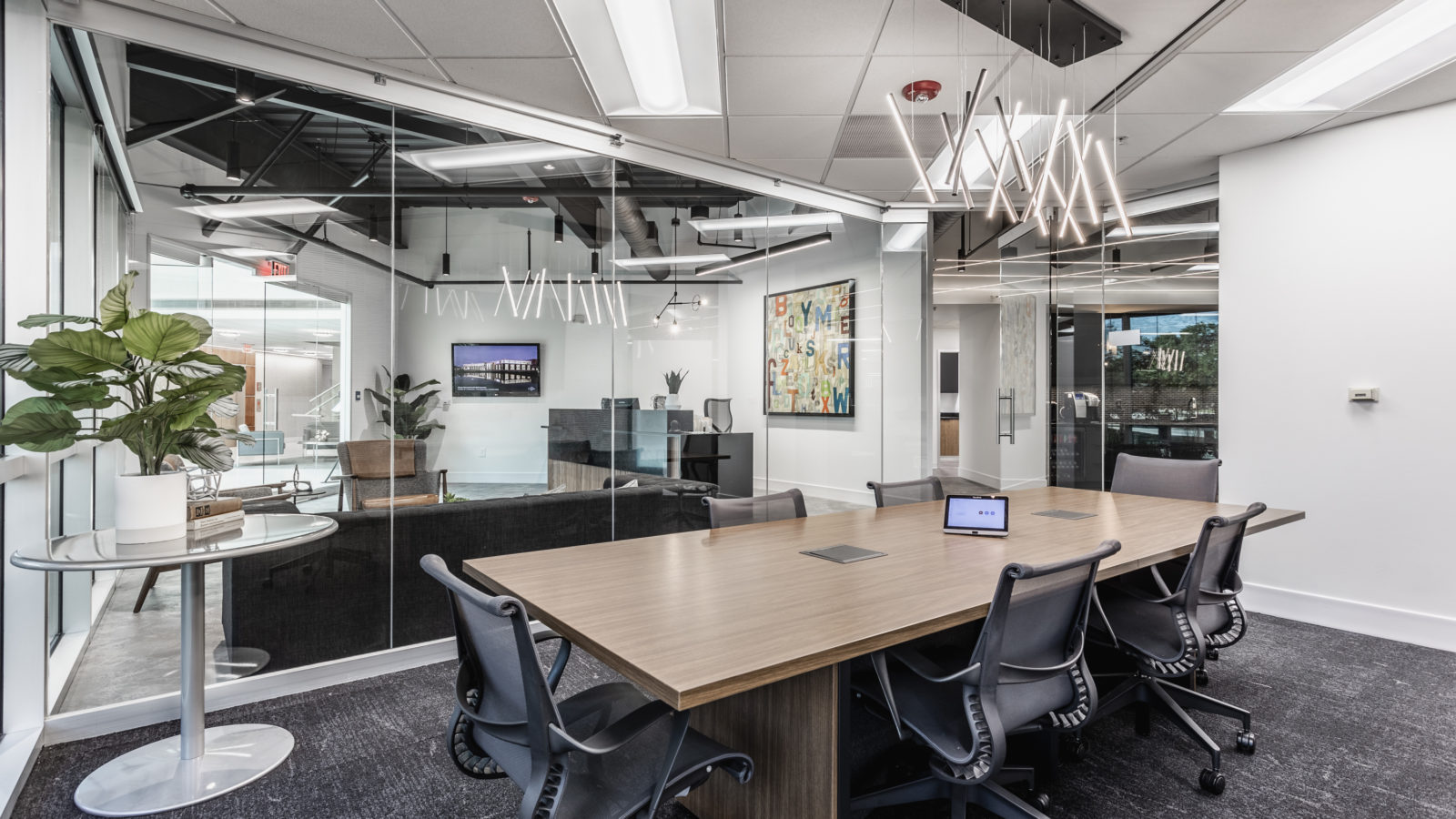 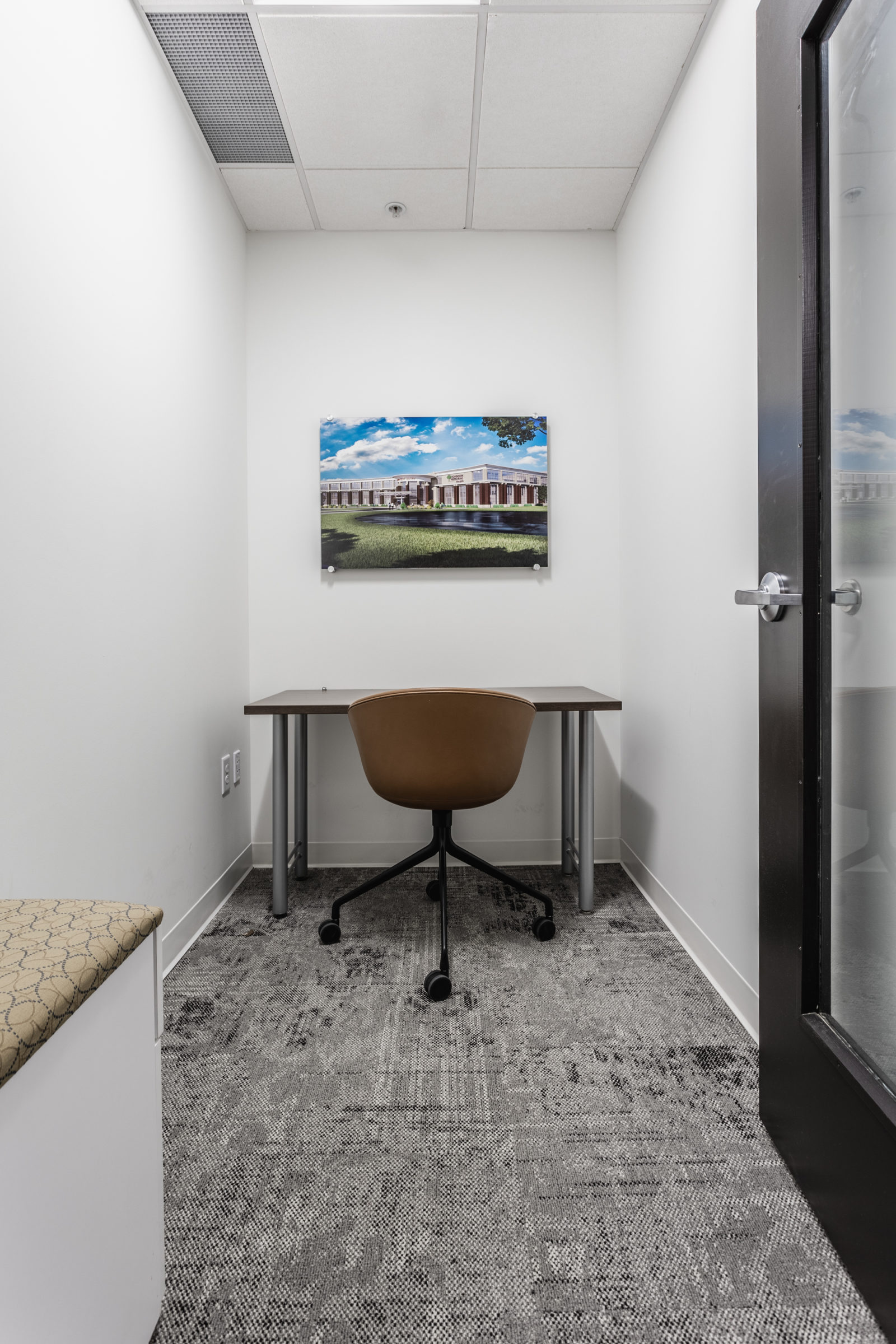 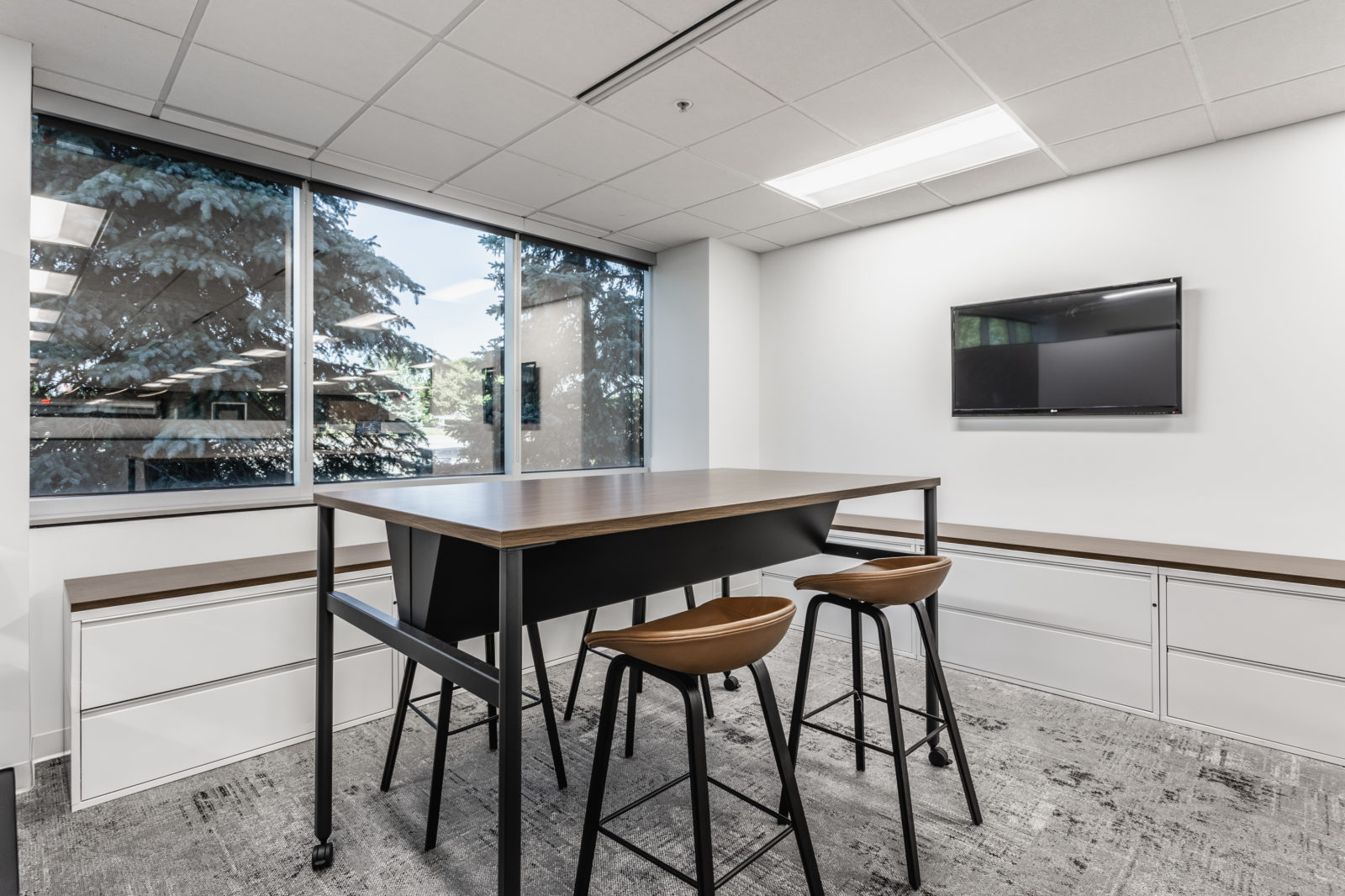 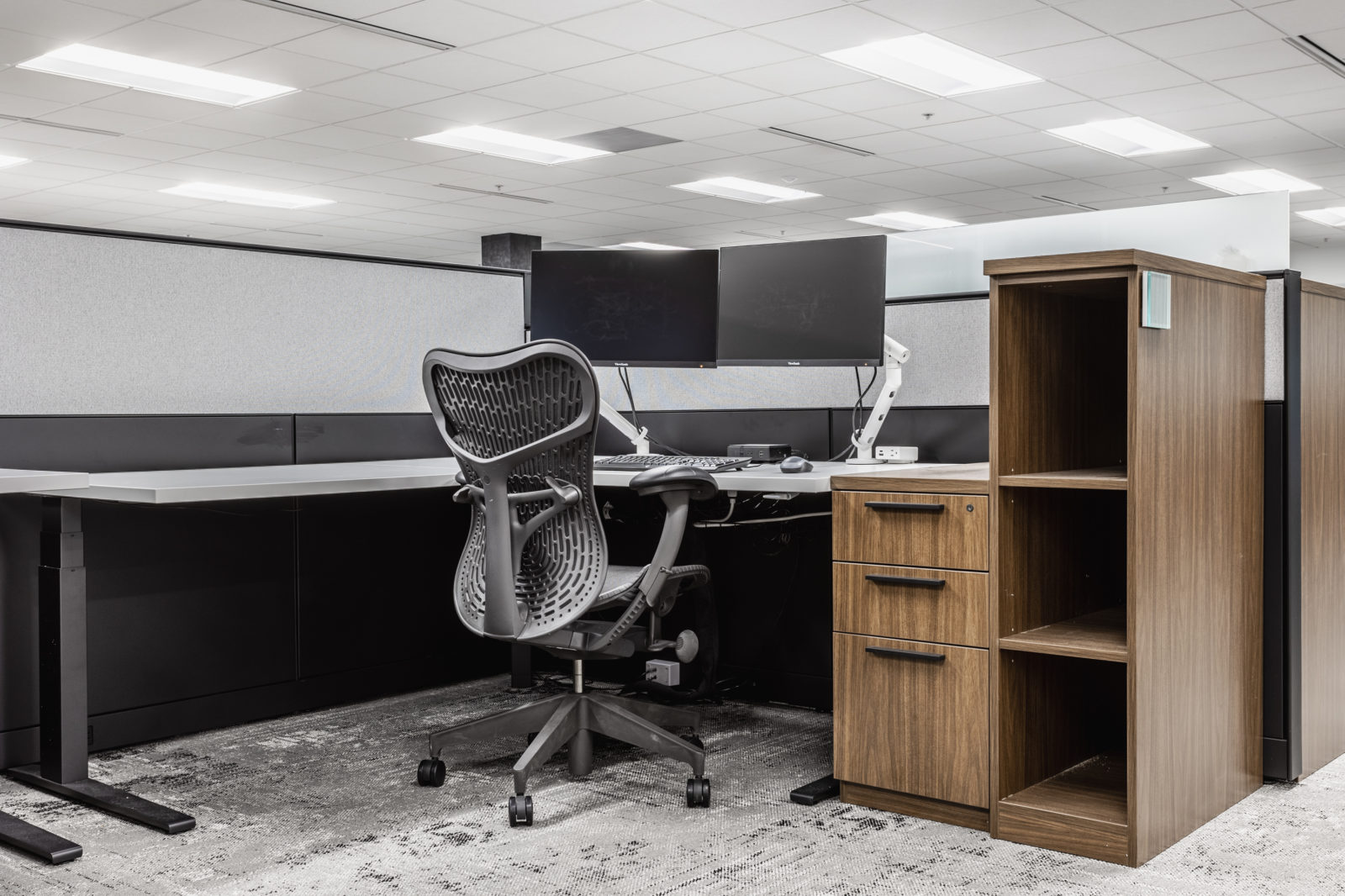 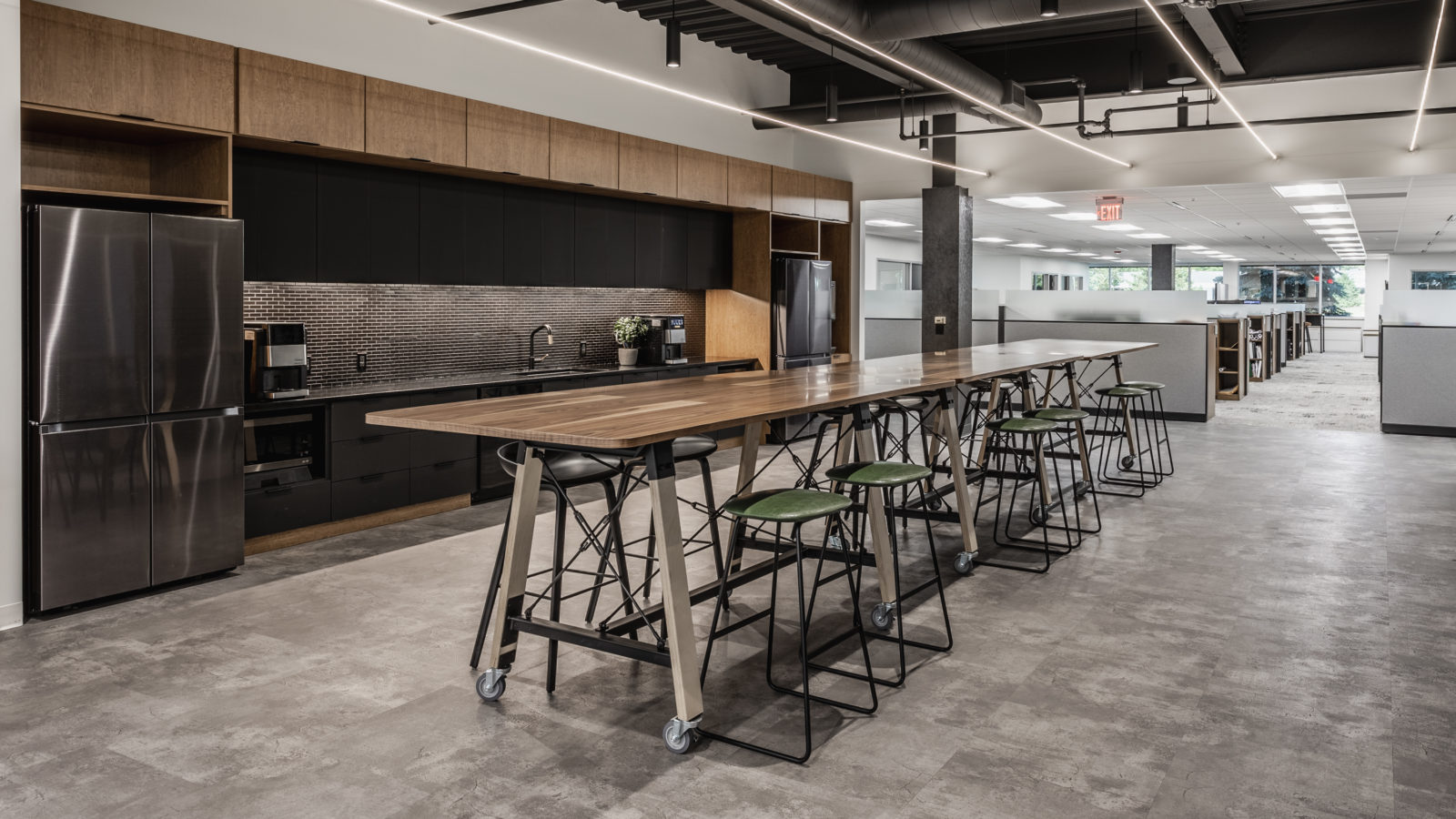 As a multi-disciplinary architecture and engineering firm that has been in business for more than 85 years, Cripe has stood the test of time. When the firm decided to move its Indianapolis office to a nearby 11,000-square-foot suite, they engaged OfficeWorks to furnish their new space. According to Camille Inchauste, account executive at OfficeWorks, by moving to a new location, Cripe could make a fresh start, creating an environment that fit Cripe’s goals and vision.

“This project was an opportunity for Cripe to create an exciting place for team members and clients and—from a recruiting and retention standpoint—provide amenities that people are looking for in today’s workplace,” Camille said.

Designed for a collaborative culture

An employee-owned firm, Cripe has a culture that acknowledges everyone’s role in making the company successful. That spirit was evident during the project process as well as the resulting design solutions.

“Since Cripe is in the design industry, they engaged with us, trusted us, valued our opinion, and were open to ideas,” said Megan Minnich, senior designer at OfficeWorks. “It was a great team effort.”

In Cripe’s previous office, collaborative spaces were limited to the traditional conference room. In their new location, gathering places abound. For example, breakout areas allow groups to gather around large-scale architectural drawings. The space consists of two zones that provide a “kitchen table” vibe. These spaces feature a variety of furnishings including a marble-topped Knoll Saarinen table surrounded by Design Within Reach Lina dining chairs.

“The Cripe team wanted the layout to flow in such a way that there was no hierarchy of spaces,” Megan said. “Their new office features a variety of functional, efficient furniture that everyone can use.”

The “no hierarchy” directive also informed the selection of workstations; Cripe needed a solution that worked for everyone. Height-adjustable Herman Miller Canvas workstations with high-performance seating provide both consistency and customization. In Cripe’s previous office, workstations were spread out, but in the new floorplan, adjacencies promote a sense of community.

Creativity and commitment to budget and schedule

To be mindful of the project budget, OfficeWorks took inventory of Cripe’s existing furniture and suggested opportunities to repurpose pieces as appropriate.

“Cripe had a lot of existing storage that was in good shape,” Camille said. “Storage can be a significant part of the budget, so we had pieces repainted and refreshed so they integrate well into the new space.”

From the schedule perspective, a new tenant was moving into Cripe’s old space, requiring the firm to vacate the space quickly. Meanwhile, global supply chain challenges with meant long lead times on materials.

“Everyone did a good job of kicking it into high gear and staying on task to make sure things were ordered in time,” Camille said. “Everyone had a good attitude, was flexible, and communicated effectively, which makes everything go smoother.”

Cripe’s resulting space—celebrated at an open house honoring their 85th anniversary—creates a positive, lasting impression for clients and an inspiring environment for employees.

“A couple of weeks after they moved in, I visited the office to train the team on how to adjust their chairs,” Camille said. “Everyone was so excited and appreciative and thankful for their new workspace.”

“Cripe’s new office is a much better representation of who they are as a group,” Megan added. “It’s a space that will support their culture well into the future.”